Canadians will soon have access to a new type of registered plan designed specifically to help them save for a first home. The federal government intends to introduce the Tax-Free First Home Savings Account (FHSA) on April 1, 2023, but this may affect your planning work with clients starting today.

“It’s an additional tool in the toolbox that allows the advisor to offer the best product for their client’s need while planning for their and their family’s financial future,” says Angela Iermieri1, Financial Planner for Desjardins Group. “It’s an opportunity to showcase [an advisor’s] insight… Some people might not have heard about it, so why not be the first to speak about it?”

An FHSA allows Canadians aged 18 and older to save up to $8,000 a year to a maximum lifetime limit of $40,000, with tax-deductible contributions and tax-free withdrawals to purchase a first home. Contribution room starts accumulating the year the plan is opened, and unused room is carried forward. The plan can remain open for 15 years or until the individual turns 71 years old. It is possible to transfer FHSA funds not used to purchase a first home into an RRSP or RRIF; the transfer won’t be limited by or reduce RRSP contribution room.

Contrary to what was initially announced, clients can use both an FHSA and the Home Buyers’ Plan (HBP) within an RRSP to make a down payment on the same home. Nevertheless, the impending launch of the FHSA may affect advisors’ RRSP contribution recommendations, since some clients will have to choose between an RRSP contribution and an FHSA contribution.

“Look at your client’s home-buying goals. If the project needs to be realized next year, I think it may be best to continue with the Home Buyers’ Plan. If you have the RRSP contribution room, you could even borrow to contribute to your RRSP and obtain your $35,000 maximum HBP withdrawal, and get a tax deduction right now, which you could also use as a down payment,” suggests Iermieri.

There is also an opportunity to open an FHSA before buying a first home, contribute the maximum of $40,000 over the next 15 years, and ultimately transfer to accumulated contributions and growth to an RRSP before the FHSA expires.

With a longer time horizon, the FHSA starts looking more attractive for the down payment. Five years after opening the new plan, clients could have deposited $40,000. Then, at any point in the following 10 years, they can withdraw their contributions plus any growth to make a down payment. Clients can combine the amount from the FHSA with an HBP withdrawal if desired.

In addition, with a longer time horizon, clients who could not contribute the maximum to an FHSA and who would like to free themselves of the need to repay the money to their RRSP, may want to consider moving some RRSP funds into an FHSA. Such transfers will be subject to FHSA annual and lifetime contribution limits. A direct plan-to-plan transfer won’t result in taxation, though it’s important to keep in mind there also won’t be a tax deduction for the deposit into the FHSA, and RRSP contribution room will be lost.

« Being proactive and letting clients know that the FHSA will soon be available will allow clients to put a strategy in place. »

An opportunity for parents to help children save for a home

Since an FHSA can be opened at age 18, advisors have an opportunity to let parents know there’s a way they can continue contributing to their children’s future after they wind down deposits toward post-secondary education through an RESP.

“Parents can give money to their adult children, so the attribution rules would not apply to income earned in an FHSA,” Iermieri points out. “If they have been used to making an annual contribution to a RESP, they could just give the same amount directly to their child and the child could contribute it to an FHSA.”

RESP government grants are not available to people aged 18 and older, so this is an ideal moment to transition parents’ attention from helping with post-secondary education to making a down payment on a first home. Keep in mind that contributions to the FHSA will be tax deductible in the adult child’s hand; however, there’s the option to carry forward the tax deduction and use it in a future tax year.

If parents have saved more than enough in the RESP, they may even want to withdraw some or all their RESP contributions tax-free and give that money to their adult child. Then the child could deposit the amount into an FHSA. Note that it’s critical to wait until the RESP beneficiary is enrolled in a qualifying program before withdrawing money from a RESP to avoid a clawback of government grants.

Overall, Iermieri says, because the FHSA is narrowly focused on the purchase of a first home, it leaves contribution room in a client’s RRSP and TFSA for other goals such as retirement and big-ticket purchases. In addition, an FHSA’s contribution room of $40,000 plus potential growth allows for a bigger down payment than is available through the HBP. That’s critical with housing markets in many cities remaining very strong.

By discussing this new registered plan with clients, an advisor can demonstrate a 360-degree perspective that encompasses the whole family’s needs, Iermieri says. Meanwhile, enabling adult children to save for their first home can help advisors acquire the next generation of clients.

Most importantly, Iermieri adds, “being proactive and letting clients know that the FHSA will soon be available will allow clients to put a strategy in place.” 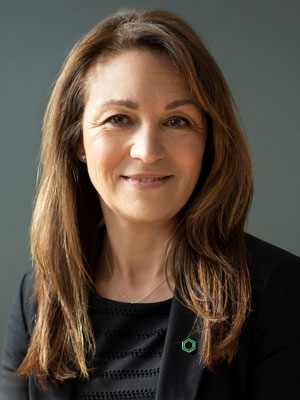 First home savings get a boost

Through Industry Insights, Advisor's Edge would like to offer its readers the latest advice from businesses wishing to share their industry expertise. Content is produced by the Content Solutions team in collaboration with the company. Advisor Edge journalists are not involved in writing these articles. For more information, contact AnnaChristina@Newcom.ca.