Banks and insurers received a small concession in draft legislation implementing a one-time 15% tax as well as an ongoing surtax announced in the 2022 federal budget.

Following the budget’s release in April, Paulo Pereira, senior accountant and manager with Sergio Ruivo & Associates in Toronto, told Advisor.ca that fiscal 2021 was an “abnormally profitable year” for the banks. At the time, he suggested that a more fair methodology for the CRD would have averaged out 2020 and 2021 profits.

Tuesday’s draft legislation also stated the CRD calculation will exclude “any non-capital losses or net capital losses applied to reduce the corporation’s 2020 or 2021 taxable income.” And, consistent with the 2022 budget, the CRD liability would be imposed for the 2022 taxation year and would be payable in equal amounts over five years, until the 2026 tax year.

The bank and insurer surtax, meanwhile, remains at 1.5% for taxable income over $100 million for taxation years that end after April 7, meaning those companies will pay 16.5% on income above that threshold going forward.

In April, Pereira suggested banks and lifecos would pass along the tax increases to consumers.

“Given the inflationary pressures on labour and the lack of policies mentioned in the budget to limit fee increases by these financial institutions, I suspect banking fees will be going up and the banks and lifecos will maintain their pandemic gains,” Pereira said at the time.

Bank CEOs publicly criticized the surtaxes at their annual general meetings prior to the budget’s release in April.

The budget estimated the surtax and CRD combined would raise $6.1 billion over five years, with $4.05 billion attributable to the CRD.

The draft legislation is out for comment until Sept. 30. 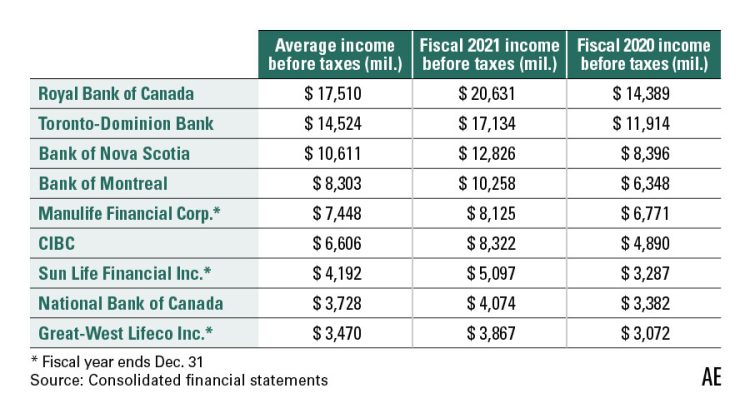 The organization wants to improve lower-income earners' access to planning

T4A errors should be reported right away

The union said it would hold strike votes for about 35,000 workers that could affect tax season

Decentralized finance protocols were the top target of crypto thefts