This article appears in the February 2022 issue of Advisor’s Edge magazine. Subscribe to the print edition, read the digital edition or read the articles online.

Covid-19 exposed weaknesses in globalization that will profoundly impact corporations, countries, politics, education and capital markets for decades. Before the pandemic, 50% of surgical masks were made in China and 80% of pharmaceutical components were manufactured in China and India. In 2021, one company, Taiwan Semiconductor Manufacturing Company (TSMC), controlled more than half of all semiconductor foundry revenues.

The sometimes life-threatening supply shortages of the past two years have forced supply chains to begin reorganizing. Capital markets will reflect this uncertainty with higher volatility.

In their book Six Faces of Globalization, Anthea Roberts and Nicolas Lamp organize the possible changes into six narrative forces, which — like a Rubik’s cube — can be arranged into more than 43 quintillion permutations. The version that emerges from the pandemic will have significant consequences for investors.

The established globalization narrative is that free trade can pull workers in developing nations out of poverty by directing income to regions with lower labour and resource costs. In exchange, developed economies receive lower-cost products. Theoretically, everyone wins.

The globalization that followed the establishment of the European Union and NAFTA promoted growth in per capita GDP of 42.1% for the G7 (1993–2021), according to the World Bank. Asia was the big winner, with China growing 803%, Vietnam 341% and India 283%.

Unchecked globalization, however, creates winners and losers. Income inequality is illustrated by the rising “trunk” of the “elephant” chart popularized by economist Branko Milanovi´c (see below). Inequitable sharing of income benefits has provided left-wing populists with a basis to attack globalization.

Globalization made low-cost, quality products widely available to North American consumers. But the related job shifts to emerging markets occurred too quickly for manufacturing workers in developed countries to be retrained or transitioned. The problem for some of these workers has been compounded by depression and opioid abuse. Lost jobs plus stagnant middle-class real income growth for 40 years have given right-wing populists — normally free trade supporters — a rationale to attack China and other trading partners.

Corporate size and scale increased due to globalization. Income can also be moved to the most tax-advantaged regimes and lagging international controls allow companies to arbitrage regulations. Employee welfare and benefits become comparative liabilities if there are no borders.

TSMC’s dominance in semiconductors is an example of why investors should watch the intersection of geopolitics and economics. For perspective, Europe and the U.S. manufactured 81% of the world’s chips in 1990. Today they are down to 21%. This explains in part why China’s avowed takeover of Taiwan has Western powers so concerned. Several of these countries have also banned the use of equipment from China’s Huawei Technologies in 5G networks. Coming battles for tech hegemony will be fierce.

Borderless threats like climate change and Covid-19 will continue to disrupt established business relationships. For example, the agriculture and lumber industries have been deeply affected by wildfires and flooding on North America’s west coast. Floods also washed out part of the Trans-Canada Highway, preventing frictionless transportation of goods on the continent. Portfolio risk management, including current ESG screening tools, do not yet adequately accommodate these threats so more volatility will be the consequence.

Investors need to consider the economic, social and political implications of concentrated global production resulting from low tariffs — and what would happen if our low-tariff world comes to an end. Capital markets will see higher volatility and global politics will need more strategic positioning. International interest in Canadian oil, gas and mining assets can be expected as secure supplies increase in importance. 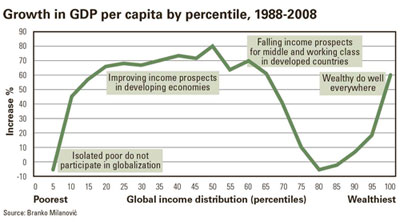 Time for advisors to rethink ‘retirement’

The traditional idea is increasingly outdated

Inflation and the 60/40 portfolio

Some good news — but mostly bad

Renovate a home so clients can age in place

Tips (and costs) for an accessible home

Can an executor quit?

Many are changing due diligence or narrowing their investment universe

Slowing growth a ‘good thing’ when economy is overheated: Macklem

How to invest for the bond rebound

Heading into RRSP season, many investors are shying away from markets